Skip to main content
Catchup on all the latest action from ${round}!
Previous
Next
Loading…
Watch every match live and on-demand...

The NAB AFL Draft Combine is often described as the final piece of the recruiting puzzle.

All the games have been played, and the best prospects in the country can do no more on the field to impress.

So it's off to the Combine for four days to meet with clubs and show their athletic capabilities in the testing, with 79 prospects in attendances from around the country (plus two from Ireland).

The 2019 Combine will be a little different given it will be located at three venues in the Melbourne Park sporting complex, while the skills tests have been stopped for this year.

Here's a look at the tests that will be completed later this week, and some of the possible contenders in each.

The powerful players tend to go well in this one, not necessarily the taller types. That's why Josh Honey is one to watch. The Western Jets midfielder's game is built on his explosive and athletic streak, and he has jumped 77cm in the standing vertical jump before. Deven Robertson had a shoulder operation in July so may not be testing, but the hard nut and potential top-10 midfielder has good strength too, having leapt 75cm previously. Daniel Mott, a medium midfielder from Calder Cannons, is also a possibility to take it out having jumped 75cm in testing. The likes of high-flyers Cody Weightman and Hugo Ralphsmith, two players who have shown their keenness for big grabs, could also be possibilities to take it out. 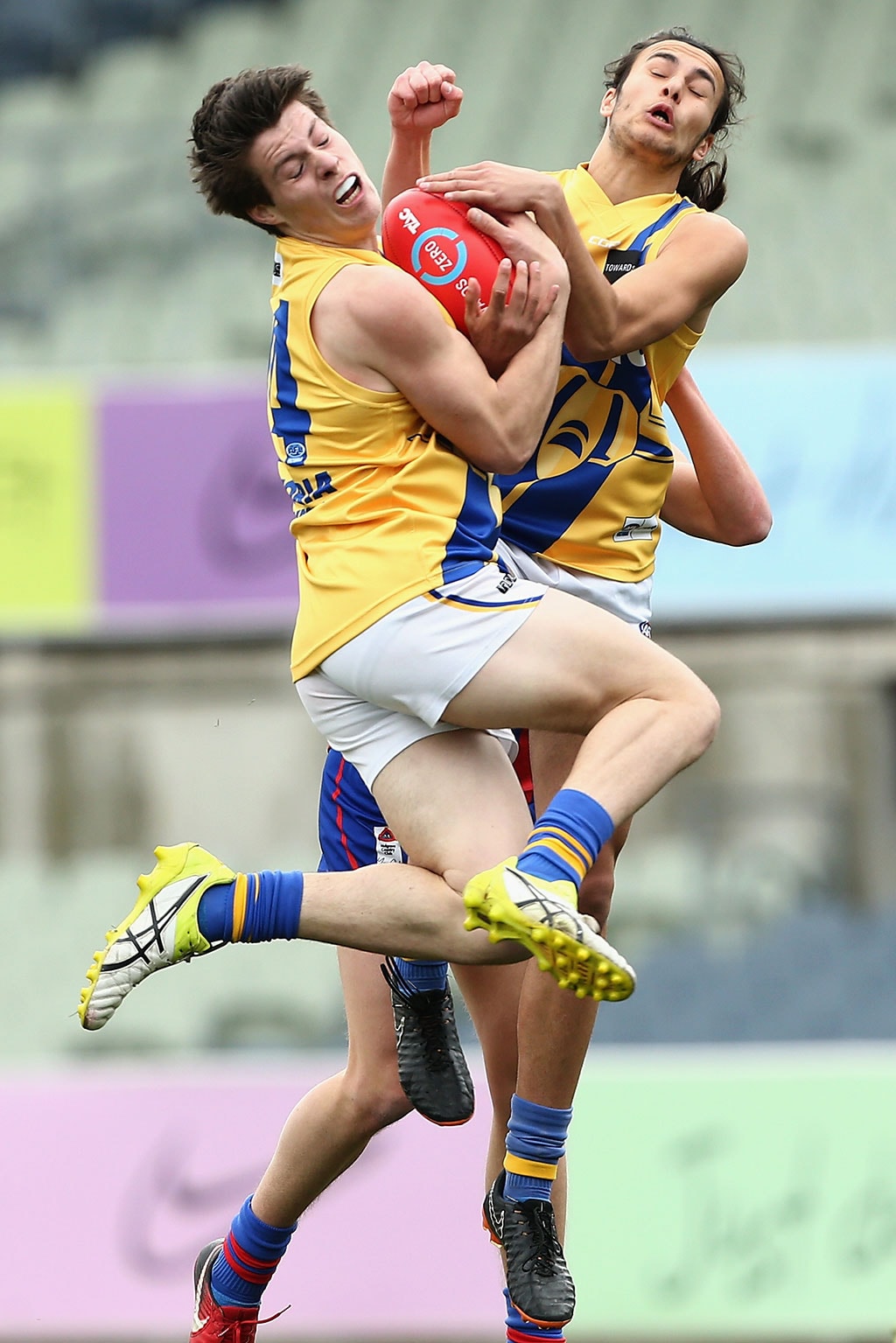 Will a ruckman step up to take this test out? Luke Jackson is the obvious candidate on that front, with the West Australian big man the standout ruck prospect in the pool. He was named the All Australian ruck after a dominant under-18 carnival. Vic Metro tall Nick Bryan is another leading ruckman in the crop. Another player who could feature strongly in the running vertical jump test is Cooper Sharman, the late-blooming Oakleigh Chargers forward. Sharman enjoys leaping for his big marks and has sticky hands.

Luke Jackson could take out the running vertical jump. 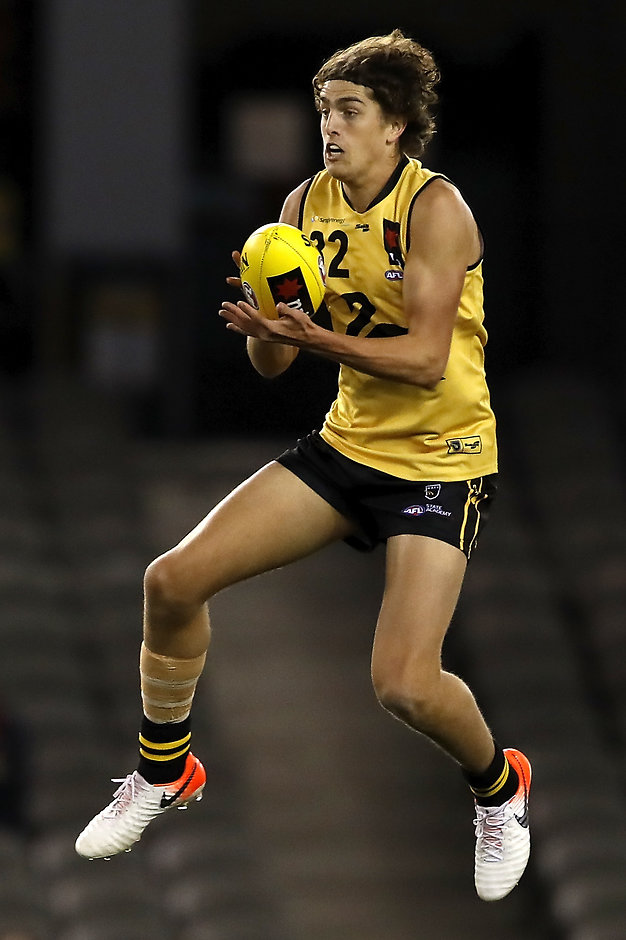 This is always a fun one to watch. Connor Budarick heads into the Combine as the player to beat here. The Gold Coast Academy prospect showed his skills as a quick and tough small rebounding defender this season and proved he's hard to catch. He's clocked 2.8 seconds over the 20-metre sprint. Northern Territory forward Malcolm Rosas caused some havoc for the Allies with his speed in the carnival and can run 2.88 seconds, while Riley Garcia would have been a shot in this test if not for a knee injury (he has previously tested at 2.91 seconds). Top-1o talent Lachie Ash and South Australian forward Cameron Taheny are others who could go well.

Connor Budarick has got some wheels. 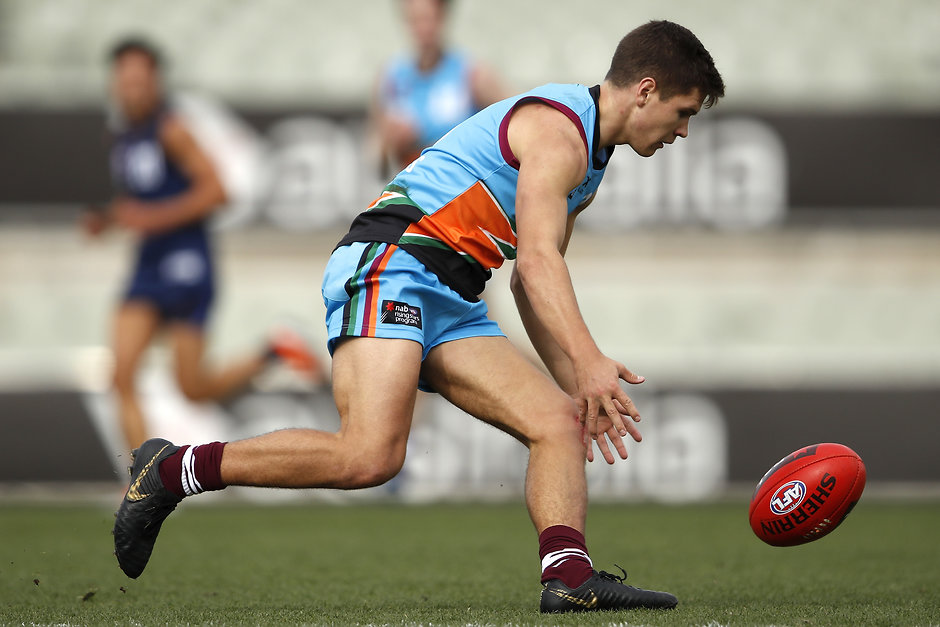 Could Hill's longstanding record be in some danger? If Thomson Dow gets close to his personal best in the agility test then look out. The Bendigo Pioneers midfielder, who is good in tight spaces like his brother, Carlton's Paddy, has completed the agility test in 7.72 seconds. That's elite from the possible top-30 pick. Trent Rivers, a big-bodied midfielder from Western Australia, finished his season well and could be in contention for this test having recorded a 7.85-second time, while Kysaiah Pickett, the South Australian goalkicker, is another in the mix having flown through the agility test at 7.87 seconds. Likely No.1 pick Matt Rowell has a quick step to get him out of trouble, while Miles Bergman and Mitch O'Neill might be others to perform well in this test.

Thomson Dow is the brother of Carlton's Paddy. In the two years of the YoYo test it has been a strong measure for the best runners in the draft pool. The YoYo replaced the beep test in 2017 as a better guide for AFL-type repeat endurance running. Jack Mahoney missed the end of the season with a hand injury, but the Sandringham midfielder has proven his running stocks, having reached level 22.1 earlier this season. Jay Rantall, an accumulator from the Greater Western Victoria Rebels with a high-end basketball background, also registered the same score. Greater Western Sydney Academy gun Tom Green has also done well in this test, highlighting why he never stopped finding the ball this season. He has run a 21.8 YoYo.

Could Jack Mahoney take out the YoYo test? 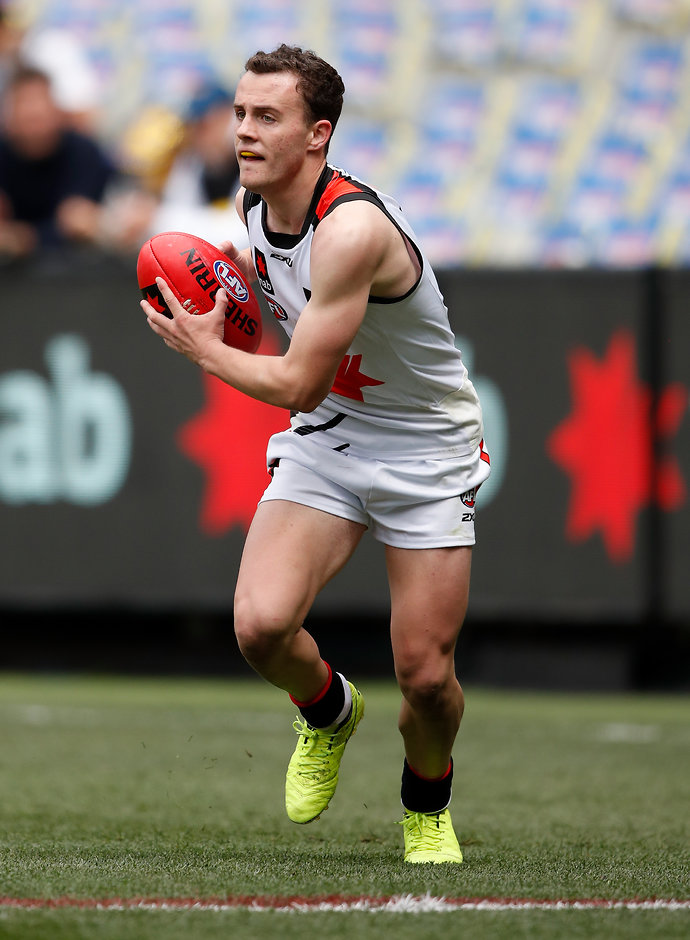 Recruiters believe the final test of the Combine – the 2km time trial – generally provides a good insight into players' running capacity but also their mental strength and competitiveness. Smooth-moving Norwood midfielder Dylan Stephens is one to watch here. The wingman is a penetrating player who has run the 2km time trial in 6:20 minutes but is tipped to go even better at the Combine. Isaac Wareham, who also has repeat speed, has completed the test in 6:12 minutes, while potential top-two pick Noah Anderson's ability to run out games through the midfield means he could perform well in the time trial.

Dylan Stephens is a running machine. 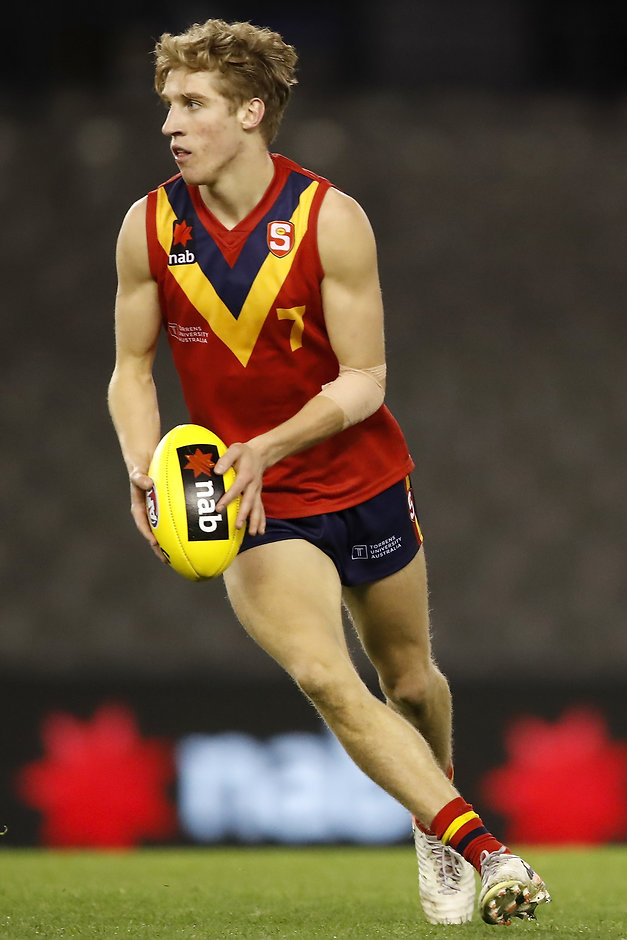